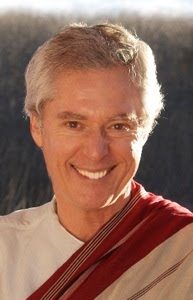 As the coronavirus situation in Nepal is deteriorating, it has been agreed in consultation with Alan to postpone his teaching that was to take place at IBA in November 2020. It may not be safe to travel to Nepal until mid 2021. We will keep you informed of any decision concerning a new teaching date.

Details of the proposed course are below.

“Stilling the Mind and Fathoming Consciousness:

Śamatha and Vipaśyanā on the Nature of the Mind”

During this eight-day retreat, participants will be introduced to three methods of śamatha for developing mindfulness, introspection, and concentration.

These include (1) mindfulness of breathing as taught in the Theravada, Mahayana, and Dzogchen traditions, and Dzogchen approaches to (2) observing the mind, and (3) awareness of awareness.

Teachings will be given on the nine stages of attentional development culminating in the full achievement of śamatha, when one achieves access to the first dhyāna. With the training in śamatha comprising a kind of contemplative technology, we shall then turn to various practices of vipaśyanā, which constitute a Buddhist contemplative science with a special emphasis on fathoming the origins, nature, and outcome of the mind at death.

The theories and meditative practices taught in this retreat shed a clear light on the nature of consciousness and on the true origins of mental suffering and genuine well-being.

For more information and registration, contact IBA at 2register4iba@gmail.com

B. Alan Wallace is a prominent voice in the emerging discussion between contemporary Buddhist thinkers and scientists who question the materialist presumptions of their 20th-century paradigms. He left his college studies in 1971 and moved to Dharamsala, India, to study Tibetan Buddhism, medicine and language. After being ordained he spent over fourteen years as a monk, studying with and translating for several of the generation’s greatest lamas. In 1984 he resumed his Western education at Amherst College where he studied physics and the philosophy of science. He then applied that background to his PhD research at Stanford on the interface between Buddhism and Western science and philosophy. Since 1987 he has been a frequent translator and contributor to meetings between Tibetan lamas and prominent scientists, and has written and translated more than 40 books. Along with his scholarly work, Alan is regarded as one of the West’s preeminent meditation teachers and retreat masters. He is the founder and director of the Santa Barbara Institute for Consciousness Studies and is the motivating force behind the development of the Center for Contemplative Research in Tuscany, Italy.