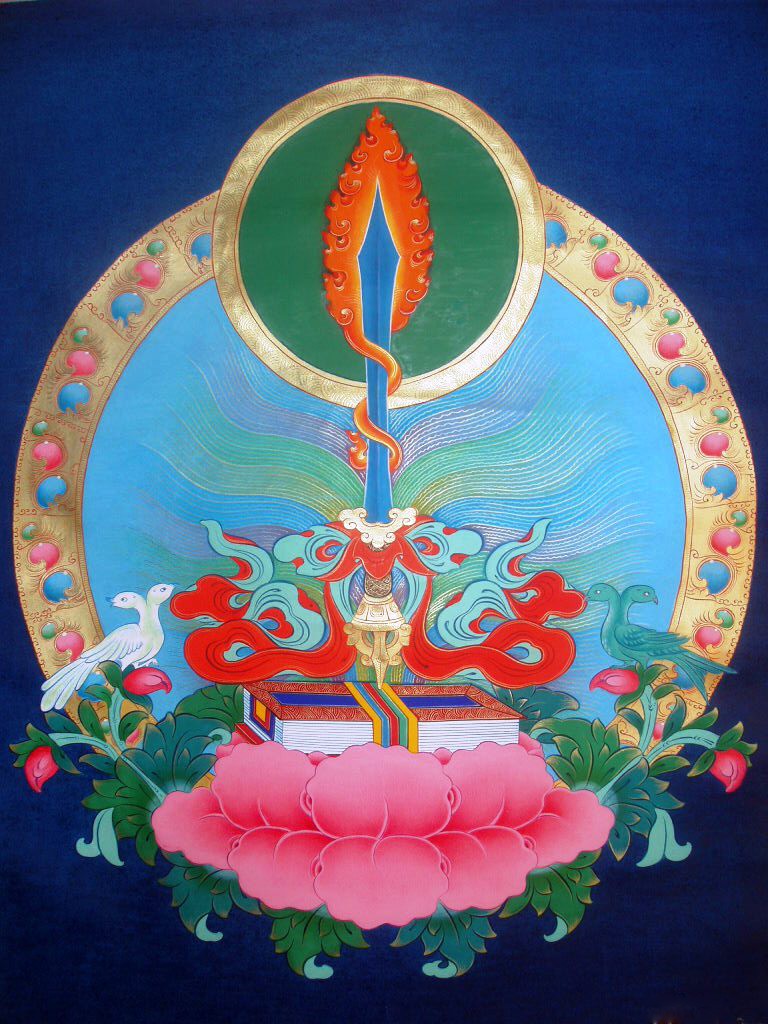 The central structure above the entrance way is a representation of an image painted by one of the Sakya tradition’s forefathers, Sakya Pandita, at Samye Monastery in Tibet early in the 13th century. It had been predicted that Samye would be damaged by fire, so Sakya Pandita created this image as protection.

The white swans on the left represent Shantarakshita and his disciple Kamalashila. 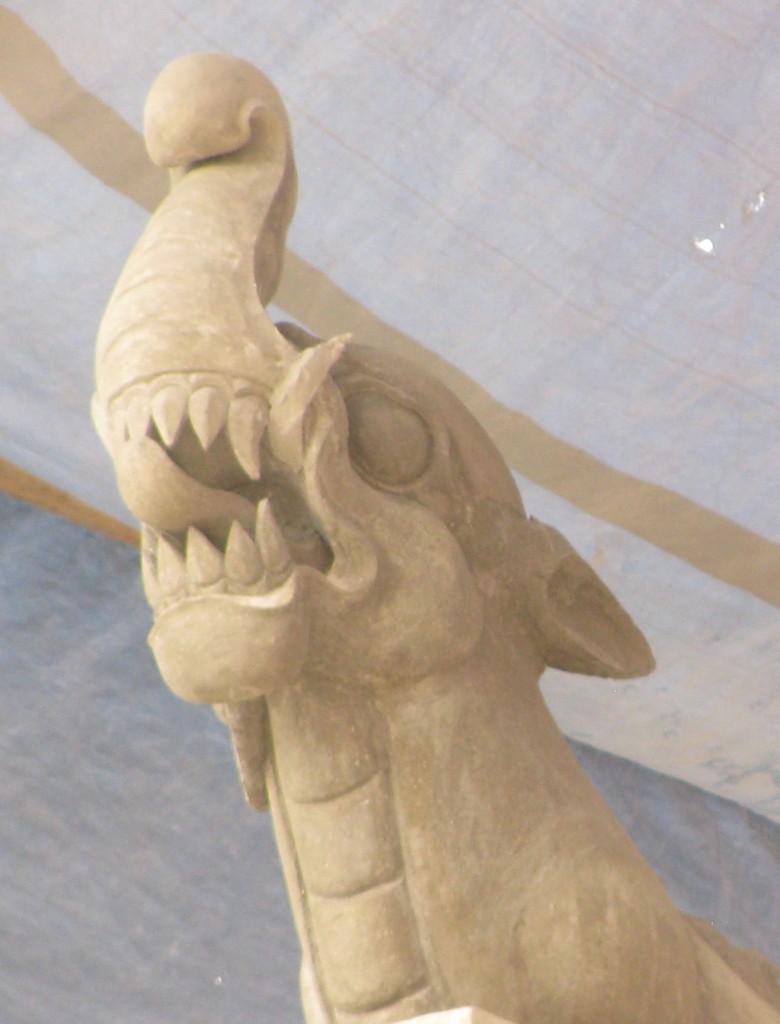 Two “water monsters” or chu srin are being sculpted on either side of the central dom tson dam pa. They offer protection from afflictions. While their heads can often be seen on such structures as temples and stupas, the whole body is less commonly encountered. 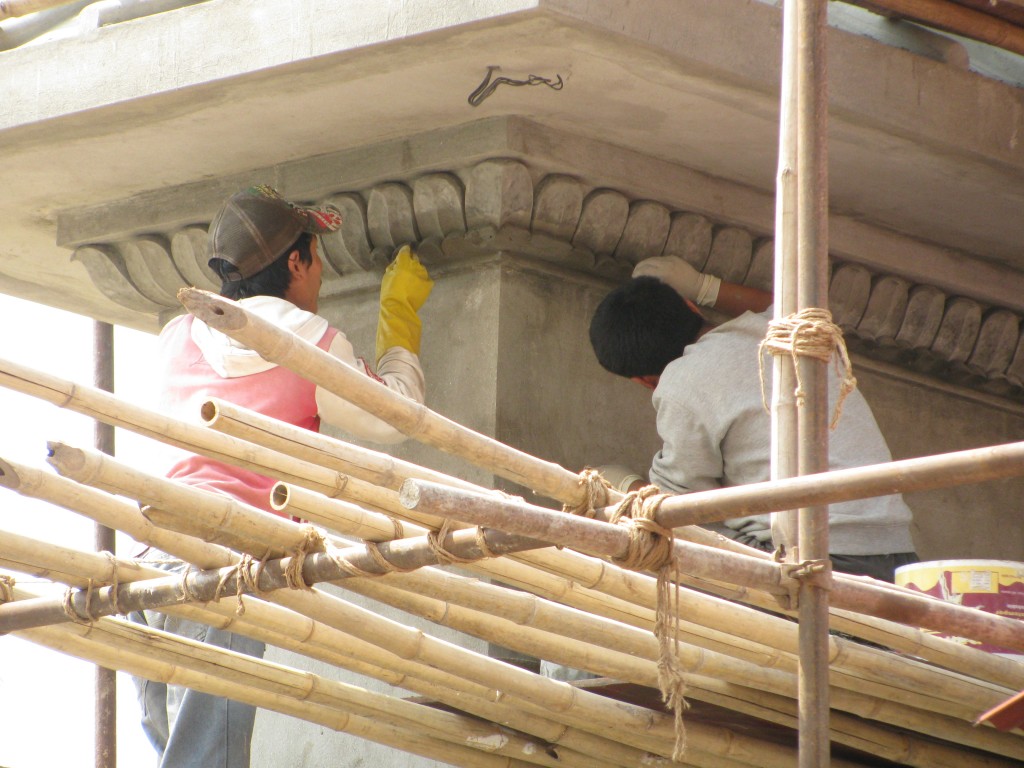 These are being added around the base of the platform on which the other sculptures sit.