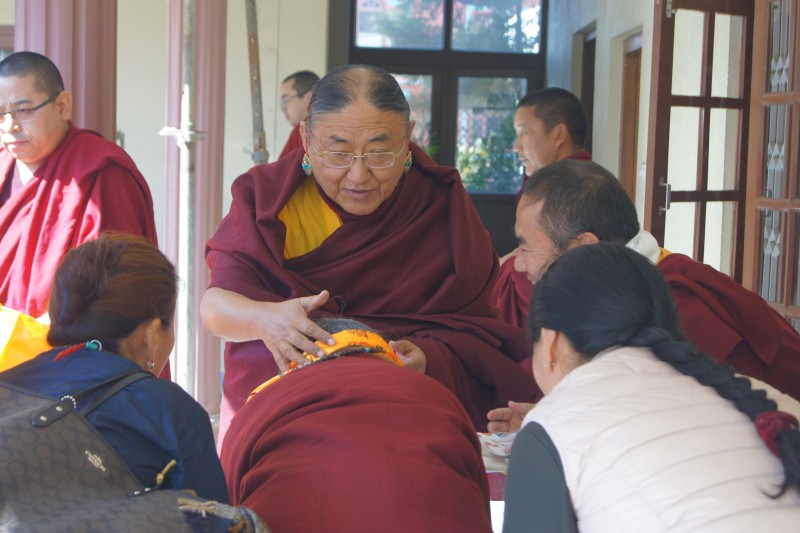 IBA was blessed by the presence of His Holiness the 41st Sakya Trizin, who stayed with us while in Kathmandu on his way to and from Pokhara, from the end of January into February 2016. Arriving very late at night on January 30th, His Holiness had planned to visit the Sakya nunnery and monasteries around Boudha, as this was the first time he himself had been able to visit Kathmandu since the 2015 earthquakes. Unfortunately due to being ill on Sunday he had to cancel these appointments and postpone his departure to Pokhara. Thankfully His Holiness recovered quickly enough so that on Monday February 1st he was able to complete his planned schedule. Some people were lucky enough to be on hand to receive his blessing as he was leaving to tour Boudha. 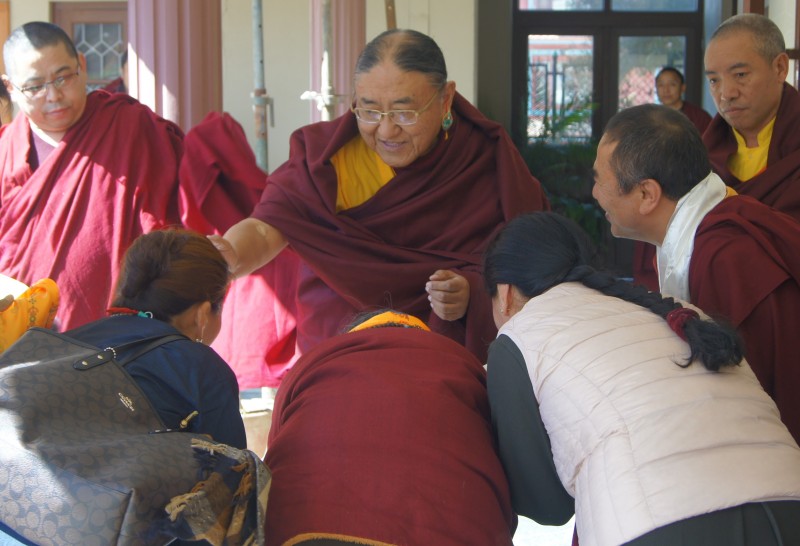 When His Holiness returned from Pokhara on Friday 5th February, the IBA community had the opportunity to receive his blessing all together. 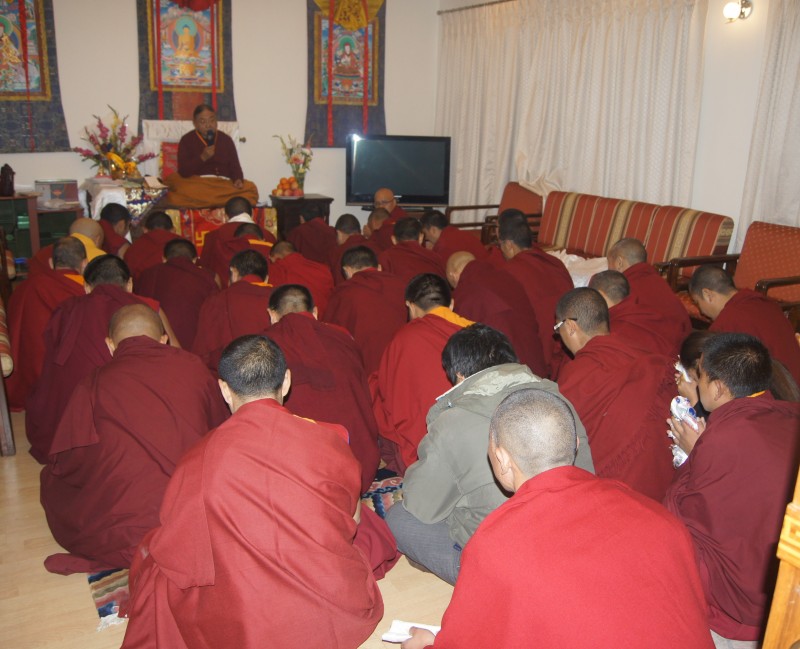 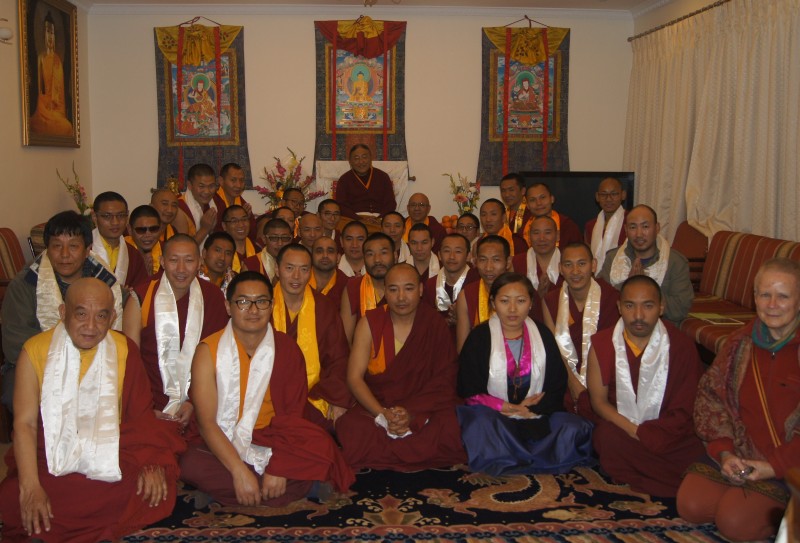