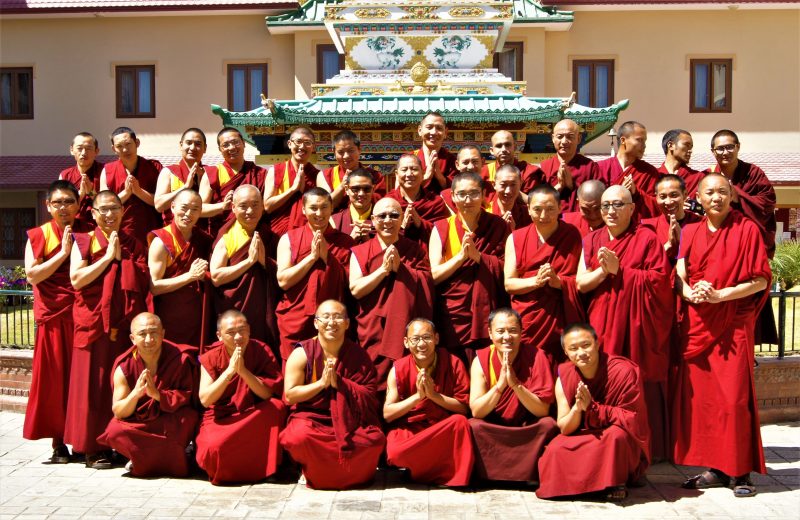 IBA’s founder, Khenchen Appey Rinpoche, envisioned offering suitably qualified monks from the Sakya community a Monastic Leadership Program, giving them the chance to learn skills that would be of benefit to their home monasteries once they returned, or to Dharma centres if they were appointed as teachers. These monks have already completed their Buddhist philosophy studies over some eight to ten years in institutions such as Sakya College in Dehra Dun, India.

The skills offered include studying languages – English and Mandarin; office skills such as typing in both Tibetan and English, competence in using various computer programs, budgeting and bookkeeping; management skills such as running meetings, planning, solving problems and leadership skills such as setting and carrying out the vision, aims and objectives of an institution.

Language programs have been running since 2008, with both languages taught at four levels – elementary, lower intermediate, upper intermediate and advanced. Our teachers are a mix of native speakers and local staff. Reading, writing and speaking are all addressed. In conjunction with this, we have volunteers who come through a volunteer agency to spend time having conversations with the monks. Our volunteers usually have some interest in Buddhism, so the monks get an opportunity to practise speaking about Dharma.

In 2017, we will be introducing a revamped management and leadership program which will run over three years. It is envisioned that this will start with basic office skills being offered in the first year, followed by management skills in the second year and leadership in the third year.